Hidden allergens in food – what manufacturers need to know 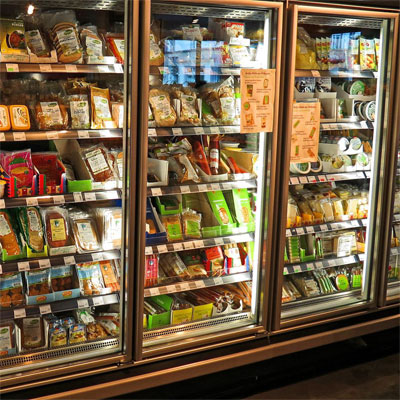 The strict rules in the allergen labeling of food ensure transparency. However, they do not offer complete security.

Around three million people in Switzerland have a food intolerance or a food allergy. Children and young people are particularly affected. In order to rule out risks and avoid allergic reactions, allergy sufferers often have no choice but to eliminate certain foods from their diet. To do this, however, they must know exactly what is contained in the products. Although there is a food law labeling requirement for the most common allergens in food, allergy sufferers unfortunately cannot completely rely on the information in the list of ingredients. Especially with processed foods and spice mixtures, it is worth taking a closer look and knowing that allergens can often be hidden behind other terms.

The most common allergens in food

An allergy is an excessive reaction of the immune system to actually harmless, foreign substances. Common allergy triggers are, for example, proteins, pollen, house dust mites or certain foods. If those affected come into contact with the allergens, the body reacts by trying to ward them off. An allergic reaction occurs. Food allergies can manifest themselves as gastrointestinal complaints, respiratory problems or skin rashes. In rare cases, a drop in blood pressure and anaphylactic shock may occur.

In theory, many foods can trigger allergies. In practice, however, a few foods are responsible for more than 90 percent of allergies – for example cow’s milk, eggs, peanuts, tree nuts, soy, mustard, celery, wheat, fish, and shellfish. According to the Food Information Ordinance (LIV), these must be clearly advertised as such on the packaging.

Hidden allergens in food are allergy-triggering components in compound or processed foods that are not recognizable to the consumer. They also get into foodstuffs where they would not actually be expected in a wide variety of ways. Not only the problem of deliberately wrongly declared food can become a danger. Manufacturing-related existing contaminations with allergenic foods are also considered hidden allergens. Since the companies usually manufacture a large number of products and allergenic and non-allergenic foods are produced on the same plants, small amounts of an allergenic ingredient can unintentionally end up in another food. Possible contamination with various allergens is marked at the end of the list of ingredients with the note “May contain traces of…”.

Food producers are obliged by the prescribed allergen labelling laws to list the most common allergens in the list of ingredients. Collective terms such as “spices” are not allowed. But: Special wording is not specified. A consumer who does not tolerate gluten must also pay attention to terms such as “wheat”. In addition, the 14 allergens in food that must be labeled in the declarations also hide many designations that the layperson cannot clearly assign at first glance, but are also among the most common allergens. For example, the ingredient casein hides one of the main milk allergens, although the list of ingredients does not have to explicitly state that it is a milk protein. Ingredients with the term “Ovo” always indicate that they contain chicken eggs. Food allergy sufferers must inevitably acquire a sound knowledge of allergen labeling and technical terms. Specialized nutritional advice is a useful tool for many people in order to be able to correctly interpret the information on the packaging in a targeted manner in everyday life.

“May contain traces of…” – how reliable is the hint?

The information “May contain traces of…” draws the consumer’s attention to the fact that allergens may have gotten into the food as a result of production – but not necessarily. In contrast to the prescribed allergen labeling, the additional trace information relates exclusively to ingredients that are not included in the recipe. For example, if nuts are used in a production facility, traces of them can also get into foods that are prepared without nuts according to the recipe – for example in milk chocolate.

A long list of possible traces of allergens, which do not necessarily have to be included, is often given as a precautionary measure. This is intended to counteract liability claims – however, this often leads to an unnecessary restriction for consumers with food allergies or intolerances. In contrast to other countries, Switzerland has defined limit values for the so-called traces. In the event of a possible contamination of more than one gram per kilogram of food, the note “May contain traces of…” must be given. The limit for sulfur is 10 mg/kg and for gluten 200 mg/kg. Possible mixtures below this limit can be voluntarily reported with such a note.

In principle, manufacturers must be able to prove that all precautions have been taken to prevent contamination during production.

Reliable allergen management by the manufacturing companies is essential

In order to both meet the legal requirements and to avoid hidden allergens caused by contamination, manufacturers must establish reliable allergen management in their companies – be it through in-house or external laboratories and tests for allergen detection. This is the only way for producers to fulfill their responsibility to consumers.

According to the HACCP concept (Hazard Analysis and Critical Control Points), food producers must prove that their production facilities are allergen-free. After a system cleaning, residue analyzes are necessary. Since it is usually uneconomical to shut down the system for the time of the analysis, there are test systems that can be used directly on site (strip test). ELISA test procedures or PCR tests are also important procedures for allergen analysis. Thanks to many years of experience in food diagnostics, special laboratories such as Biolytix offer tailor-made analysis and a wide variety of methods with very low detection limits for the analysis of allergenic proteins.