Food Fraud: A global problem not only for olive oil 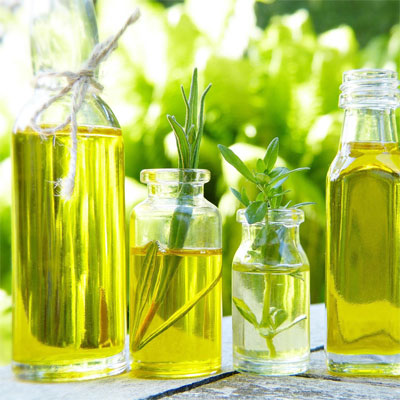 The number of deliberately incorrectly declared foods is increasing worldwide. Stricter measures are required for Switzerland to combat food fraud.

Horsemeat in ready-made lasagne: probably one of the most well-known cases of food fraud in recent years. Although the waves surrounding the meat scandal have long since calmed down, the number of food fraud cases is increasing worldwide. The business with incorrectly declared food is considered to be extremely lucrative. In addition to olive oil, which is considered the most counterfeited food in Europe, a wide variety of products are affected, from sprayed shrimp to incorrectly declared fish to herbs stretched with leaves. With stricter control mechanisms, the EU has been trying to detect counterfeited or altered food at an early stage and to protect consumers over the past two years. – Measures that have so far been lacking in Switzerland and are clearly called for by critics.

But where does food fraud begin and why are some foods particularly affected? What are the EU countries doing to counteract this and how could Swiss retailers and consumers be better protected? An overview.

What is food fraud?

Food fraud has a long history. As early as the Middle Ages, high-quality goods were being replaced by cheaper ones. The innkeeper diluted the red wine with water, the baker mixed sawdust into the bread to lengthen the flour. Back then as well as now, food fraud is hardly or not at all recognizable to consumers from a sensory point of view. It is also difficult for food producers and traders to uncover fraud – for example in the raw materials supplied.

Although food fraud causes around 30 billion francs in damage worldwide every year, there is no official definition of the term in either Switzerland or the EU. Rather, it has become established in general usage in recent years – at least since the horsemeat scandal. Food fraud occurs when food is deliberately placed on the market with ingredients that do not match those stated on the packaging. As a rule, expensive products are mixed with cheaper ones in order to keep the production costs down and the sales price up. The following rule of thumb applies to food fraud: The more expensive or popular a product is, the more worthwhile the food fraud is.

Foodstuffs such as spices, which are sometimes mixed with illegal additives, can – in the worst case – have serious health consequences for consumers. If a product contains an unidentified allergenic ingredient (allergen), this can be life-threatening for allergy sufferers.

Why Are Herbs Like Oregano Affected by Food Fraud?

Olive oil is diluted with inferior oils, shrimp are injected with water and expensive spices such as saffron are enriched with starch, onions or coloured grass: the list of food fraud cases is long. In addition to the expensive groceries described, fraudsters also focus on products that are in high demand, such as oregano. The demand cannot be covered by the share of imported herbs. By adding other dried plants, the quantity is to be increased and the demand satisfied. Around 100,000 tons of herbs and spices are produced annually in the European Union and over 300,000 are imported. The problem: Herbs and spices in particular usually go through a long supply chain through several countries. They are mostly grown in small agricultural developing countries and migrate through numerous intermediate trading posts, making monitoring much more difficult.

What is being done to combat food fraud with herbs and co.?

Within the EU, several measures have been established in recent years to uncover and specifically combat food fraud cases. A new EU regulation has been in force since 2019. Among other things, this stipulates that official controls not only check food safety, but also pay particular attention to the risk of fraudulent practices. Various control programs are now being used to combat food fraud. In 2021, for example, the EU initiated the first EU-wide coordinated control plan for the authenticity of spices and herbs. A total of almost 10,000 analyzes were examined on around 1,900 samples from 21 EU member states as well as Switzerland and Norway. In addition to oregano, saffron, chili and pepper were also analyzed. Olive tree leaves were found in almost 50 percent of the oregano samples examined.

What is the criticism of Switzerland regarding the fight against food fraud?

To combat food fraud in Switzerland, the federal government created the “Coordination Food Fraud” (COFF) platform. This is made up of various federal offices and cantonal food enforcement authorities. Depending on current issues, further control programs are implemented, such as the above test for the authenticity of spices and herbs. In addition, the Federal Food Safety and Veterinary Office (FSVO) operates an early warning system for food safety. With the help of databases and the exchange with various experts, social and ecological changes, technological developments and economic trends are monitored and discussed. The aim: to identify new dangers such as food fraud at an early stage and to take precautions to ensure consumer safety.

According to the Federal Commission for Consumer Affairs (EKK), these measures do not go far enough. The regulations in Switzerland are not strict enough to uncover the majority of food fraud cases – the legal basis is not sufficiently adapted to the increasing threat of food fraud. A unit specializing in food fraud, of the kind that has already been established in several European member states, has so far been lacking in Switzerland. The information on cases of international food fraud is exchanged via a platform of the EU Commission, from which Switzerland is excluded due to the lack of bilateral agreements. It is therefore hardly or only after a delay informed about cases of fraud in neighboring countries, according to the EKK.

The formation of an inter-agency team of experts is recommended and demanded – for example by expanding the COFF – as well as stricter legal foundations in order to take targeted action against food fraud in Switzerland.

How can companies protect themselves within the supply chain?

According to the BLV, the food companies themselves are responsible. Through reliable self-checks, they should ensure that their goods meet the legal requirements and are not hazardous to health. In accordance with Good Manufacturing Practice (GHP), companies must regularly inspect their food or have it inspected and document the results. Using various molecular biological methods, specialized laboratories such as Biolytix can analyze the individual components of products and thus make a significant contribution to food safety. In any case, companies should prick up their ears when suppliers offer high-quality raw materials at low prices. In addition to random sample analyzes of the products themselves, the entire supply chain must be monitored in order to uncover potential weak points where adulteration can occur. Databases containing known food fraud cases and other relevant information are helpful for this.