Pesticides in Wine: How dangerous are they really? 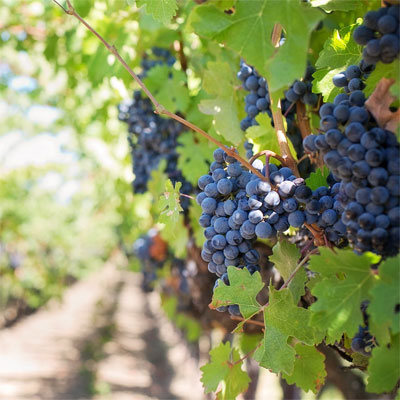 For decades, conventional viticulture has used large amounts of pesticides to ensure a rich harvest.

Red, white or rosé: In Switzerland, almost 100 million liters of Swiss and almost 170 million liters of foreign wines are consumed every year. In 2021, Switzerland had around 15,000 hectares of vineyards. With almost 5,000 hectares, the canton of Valais is one of the largest growing areas. However, even the finest wines have a problem: Hardly any other food is treated with pesticides as often as wine. Again and again residues of various pesticides are found, above all fungicides – chemical agents against fungal infestation.

But why are pesticides used so heavily, especially in viticulture? What consequences do they have for soil, the environment and consumers? What alternatives are there to chemicals and how can winegrowers ensure safe products?

Which pesticides are used in winegrowing and why?

Pesticides protect plants from pests and diseases. Their use is widespread in fruit and vegetable cultivation throughout Europe. The goal: to avoid yield losses in agricultural production caused by various pests, microorganisms and weeds.

In 2020, more than half of the 15 types of wine tested from the major Swiss wine-growing regions contained five or more pesticides – mainly fungicides against fungal infestation. But also acaricides against mites or herbicides against weeds are used to protect the vines and are detectable as traces. Fungicides are mainly used due to the long growing season of the vines: from April to September, leaves and grapes must be protected from fungal attack.

What are the effects of pesticides on people and the environment?

Around 385 million people are poisoned by pesticides every year. It is not primarily the consumers who are affected, but rather the people who work in rural areas, particularly in the Global South. However, the consumption of wines contaminated with pesticides can also have health consequences for consumers. Pesticides are partially enriched by the human organism and can cause long-term damage to health. Above all, the mixture of several substances in a wine is questionable. If too many different pesticides appear in a wine, interactions between the individual residues can occur. But how does the dubious mix in one variety come about? The reason: Grapes from different vine growers are used for some wines. These in turn use other pesticides. – Or some pests develop resistance, then the winegrowers resort to another chemical.

In addition to the impact on consumers, pesticides have an impact on the entire ecosystem. After all, the active ingredients don’t just stay where they are applied. Glyphosate and other substances are washed away by rain. They seep into the ground or are transported further through the air – some up to 1,000 kilometers away.

Are there alternatives to the use of pesticides in viticulture?

According to Agroscope, the research center of the Swiss Federal Office for Agriculture, it would be possible to do without synthetic pesticides, especially in viticulture. The researchers analyzed which pesticides with particular risk potential could be replaced. While the cultivation of foods such as sugar beets, corn or rapeseed would be much more difficult without pesticides, there are hardly any difficulties in viticulture. – And organic viticulture shows that it can also be done without the use of questionable chemicals. In biodynamic viticulture, no pesticides, weed killers or artificial fertilizers are used at all.

But organic winegrowers also have to protect their harvest from pests. Instead of chemicals, sulfur and copper preparations are used as biological pesticides. However, these are not completely harmless. Copper in particular is controversial. The heavy metal can accumulate in the soil due to the rain and harm earthworms and other microorganisms there. For this reason, alternatives are still being sought in organic viticulture. For example, some Swiss winegrowers spray their vines with a mixture of milk and water to protect against powdery mildew. The microorganisms contained in the milk fight the mildew fungus.

Beneficial insects are also increasingly being used as an alternative to chemical substances. This includes organisms that are useful for agricultural production due to their predatory or parasitic way of life. For example, the lacewing (Crysopa spec.) feeds on spider mites, their eggs, and hayworms and sourworms. The larvae of the warbler beetle (Rhagonycha fulva) live mainly on the ground, where they eat snails, among other things.

Ecological pest control in viticulture is one solution, the breeding of particularly robust wine varieties is another. So-called Piwi grape varieties  are considered to be very resistant to fungi. Less pesticides are needed to grow them, and the soil and environment are protected. In addition, the care of the vines is less complex for the winegrowers – energy and resources are saved.

What can manufacturers do to protect consumers?

Winegrowers who want to stick to conventional cultivation for economic reasons should have their products analyzed for residues more often. Independent specialist laboratories such as Biolytix, for example, offer various methods for determining pesticide contamination in wine. With liquid chromatography-mass spectrometry, for example, laboratories can determine whether legal limit values for foreign substances are being complied with. The highly sensitive method detects even the smallest traces of pesticides.

There is still no binding international agreement to reduce the use of pesticides. It is therefore the responsibility of the winegrowers to organize their cultivation as gently as possible and yet economically. – These seem to have a clear trend, at least in Switzerland. According to the agricultural structure survey, the organic cultivation area continued to increase in 2021 and organic viticulture has doubled within four years.